Cassandra Hard Lawrie is an Independent Curator, Sculptor and Installation Artist who has exhibited at the Tin Sheds, Incinerator Art Space, UWS Gallery, SCA Galleries, Penrith Regional Gallery, Government House and Laperouse Museum. She has been a finalist in the Willoughby Sculpture Prize 09, the UWS Sculpture Award 08, Blacktown City Art Prize 2012 and the Fishers Ghost Award 2012. Cassandra has been the curator of Sculpture in the Vineyards (2009-11) and In Situ: The Mosman Festival of Sculpture and Installation for 2011 and 2013. Since 2012 she has directed the inaugural Hungry for Art Festival for the City of Ryde. For this council, she has also curated the Youth Environment Prize (YEP) 2013, the International Women’s Day Art Prize 2013 and 2014 and the Sustainable Waste 2 Art Prize (SWAP) 2014 and 2015. She has curated a number of themed exhibitions including Langue at the Peacock Gallery for Auburn City Council and the inaugural exhibition at the Warringah Creative Space—Certain Nature—for Warringah Council. Cassandra was the curator of HIDDEN: Rookwood Cemetery Sculpture Walk from 2011 - 2018.

Sophia Kouyoumdjian has worked in the arts sector for over 15 years across directorial, curatorial and exhibition management roles and is currently the Director of Parramatta Artist Studios. Previously she worked as the Curator at Blacktown Arts Centre and has comprehensive experience in Western Sydney’s contemporary arts sector. In 2017, Sophia guest-curated Primavera at the Museum of Contemporary Art, Australia. (Photo Credit: Jacquie Manning) 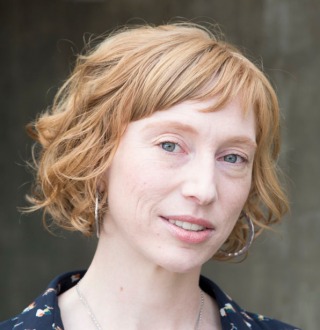